Semiquantitative analyses of calcareous nannofloras allowed to achieve a high-resolution biostratigraphy of the latest Pliensbachian-early Toarcian time interval. Several nannofossil biohorizons were detected, including zonal/subzonal markers and additional events related to changes in abundance. The nannofossil biostratigraphic correlation of the Sogno and Gajum Cores indicates that, according to their paleogeographic settings, the succession recovered in the Sogno Core deposited on a pelagic plateau is continuous while a hiatus of ~600 kyrs was detected in the lowermost Toarcian in the Gajum Core located on a slope of a structural high.

The NJT 5 and NJT 6 Zones of the standard nannofossil zonation for the Mediterranean Province were identified in both the Sogno and Gajum Cores. Our findings allow an implementation of the reference biozonation with the separation of the NJT 6a and NJT 6b Subzones, and age revision of some secondary events. The zonation established for the Lusitanian Basin (Portugal) is only partially reproducible in the Lombardy Basin, confirming nannoplankton paleoprovincialism during the Early Jurassic requiring different zonal schemes in various areas. Nevertheless, we underline that the T-OAE is unambiguously constrained by the FO of C. superbus crassus and the LO of M. jansae at supra-regional scale. 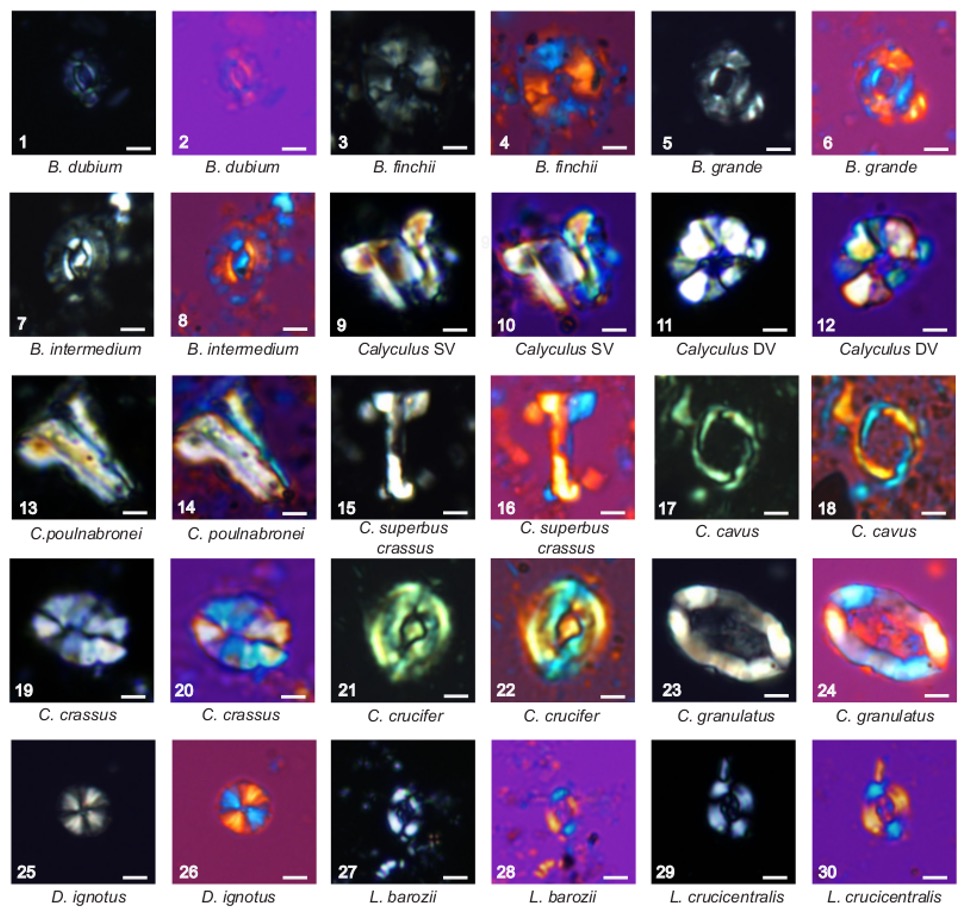