The depocenters of epicontinental basins usually comprise relatively continuous depositional records, and these can be used in the determination of sediment routing and paleogeographic changes via a set of various geophysical, sedimentological, biostratigraphic and geochronological approaches. Although the margins of such basins will have a major role as constraints for that sediment routing, their depositional records are typically scarce and incomplete, posing a common challenge in terms of gaining information about them. The present study focuses on the upper Miocene succession present in the Malé Karpaty Mts., a pre-Cenozoic horst dividing the Vienna and Danube basins (Central Europe). The data gained by facies analysis, biostratigraphy, shallow seismic survey, authigenic 10Be/9Be dating and correlation of archival borehole profiles reveals, that the succession under consideration represents a record of the Lake Pannon transgression, which appeared in the study area at ~10.9–10.6 Ma. The subaerially exposed granitic massif and Middle Miocene successions sourced a shoal water delta, which intercalated with wave-induced dunes and open lacustrine muds in brackish sublittoral to marginal littoral environments. The granitic massif was probably also exposed later, during the regression of Lake Pannon at ~10.2–10.0 Ma, as a result of the progradation of the paleo-Danube delta from the Vienna Basin southeastwards. The depositional record of the regressive sequence was documented and dated in well-cores from the nearby Danube Basin margin. The documented scenario of transgression preceding the overall regression of the paleo-Danube delta system by a relatively short period is characteristic of several other localities across the Pannonian Basin System, and may imply that the progradation of depositional system caused a base-level rise on account of sediment loading-induced subsidence. 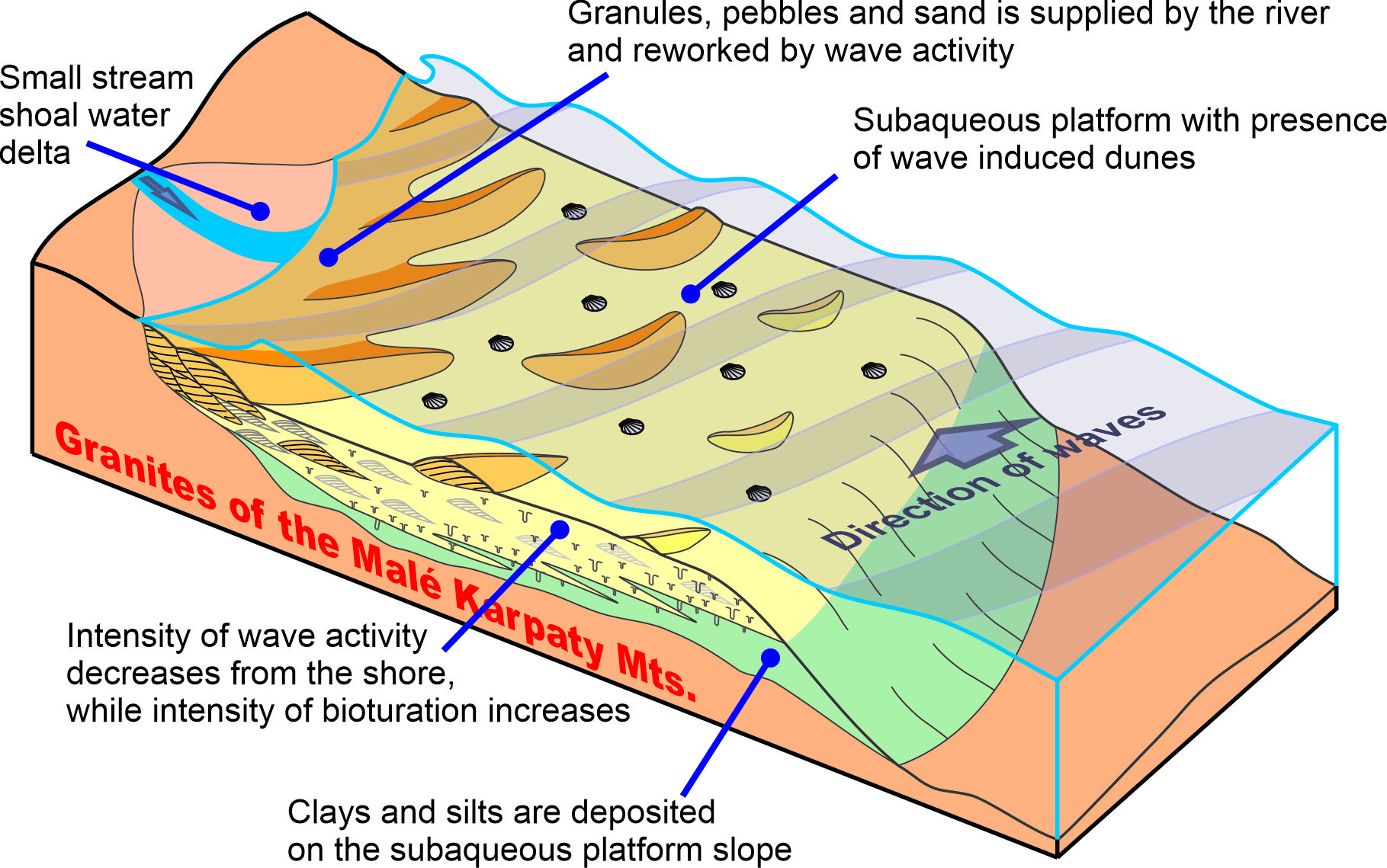