PALYNOLOGY OF THE PERMIAN OF THE MAKHTESH QATAN-2, RAMON-1 AND BOQER-1 BOREHOLES ARQOV FORMATION, NEGEV, ISRAEL

Palynological assemblages from cores 11 to 14 of Makhtesh Qatan-2, core 3 of Ramon-1 and core 3 of Boqer-1 boreholes from the Arqov Formation of the subsurface of the Negev, southern Israel, suggest that at least part of the Arqov Formation can be characterised by Cedripites priscus, Reduviasporonites chalastus and particularly Pretricolpipollenites bharadwajii, while the Saad Formation contains a slightly less diverse assemblage lacking the three taxa above. Palynological evidence is broadly consistent with other palaeontological evidence suggesting that the Saad Formation is in part likely to be Wuchiapingian in age, and the Arqov Formation is at least in part Changhsingian. These conclusions are tentative because core data is restricted to very few well penetrations and a total lack of surface exposure of the Permian. 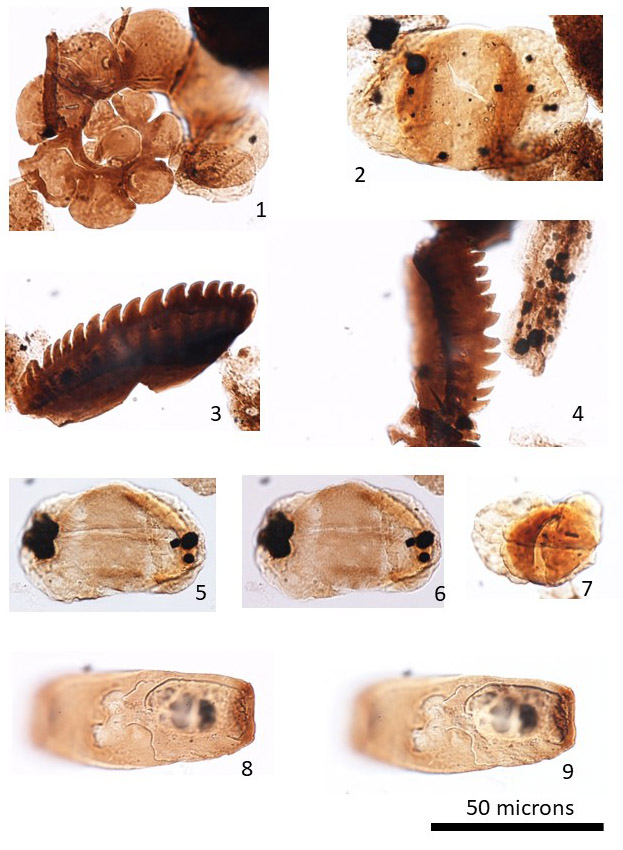