COMPARING THE BODY MASS VARIATIONS IN ENDEMIC INSULAR SPECIES OF THE GENUS PROLAGUS (OCHOTONIDAE, LAGOMORPHA) IN THE PLEISTOCENE OF SARDINIA (ITALY)

Prolagus figaro and P. sardus are part of an endemic insular anagenetic lineage that populated Sardinia since the earliest Late Pliocene to Holocene. BM of some populations of these two species was calculated using regression models. The best BM proxies for Prolagus are: femur length, zeugopod measurements and distal humerus diameter. The anagenetic lineage show a BM increase of ca 20% from the populations of P. figaro (398−436 g) to P. sardus (504−525 g). The trend shown by the size of lower third premolar, even if not directly comparable with BM, is opposite (ca -30% at the transition P. figaro−P. sardus). Compared to P. cf. calpensis, a continental species of similar age, BM of P. figaro is ca +25%. The comparison with the insular endemic P. apricenicus evidenced differences in BM range and timespan required to attain it, due to the different size and palaeogeographical situation of the islands. Insular endemic Prolagus follow the small mammal pattern of Island Rule. Mein’s (1983) biphasic model seems applicable to the evolution of P. figaro. A tachytelic phase followed by a bradytelic one seems to characterize also the appearance of P. sardus, at least for dental traits, a process probably triggered by important variations of abiotic and biotic traits of the environment, as indicated by the turnover that marks the onset of the Dragonara subcomplex. The prediction of life history traits and other biological attributes of Sardinian Prolagus using BM should be considered with caution due to the complexity of ecological selective regimes of Sardinia. 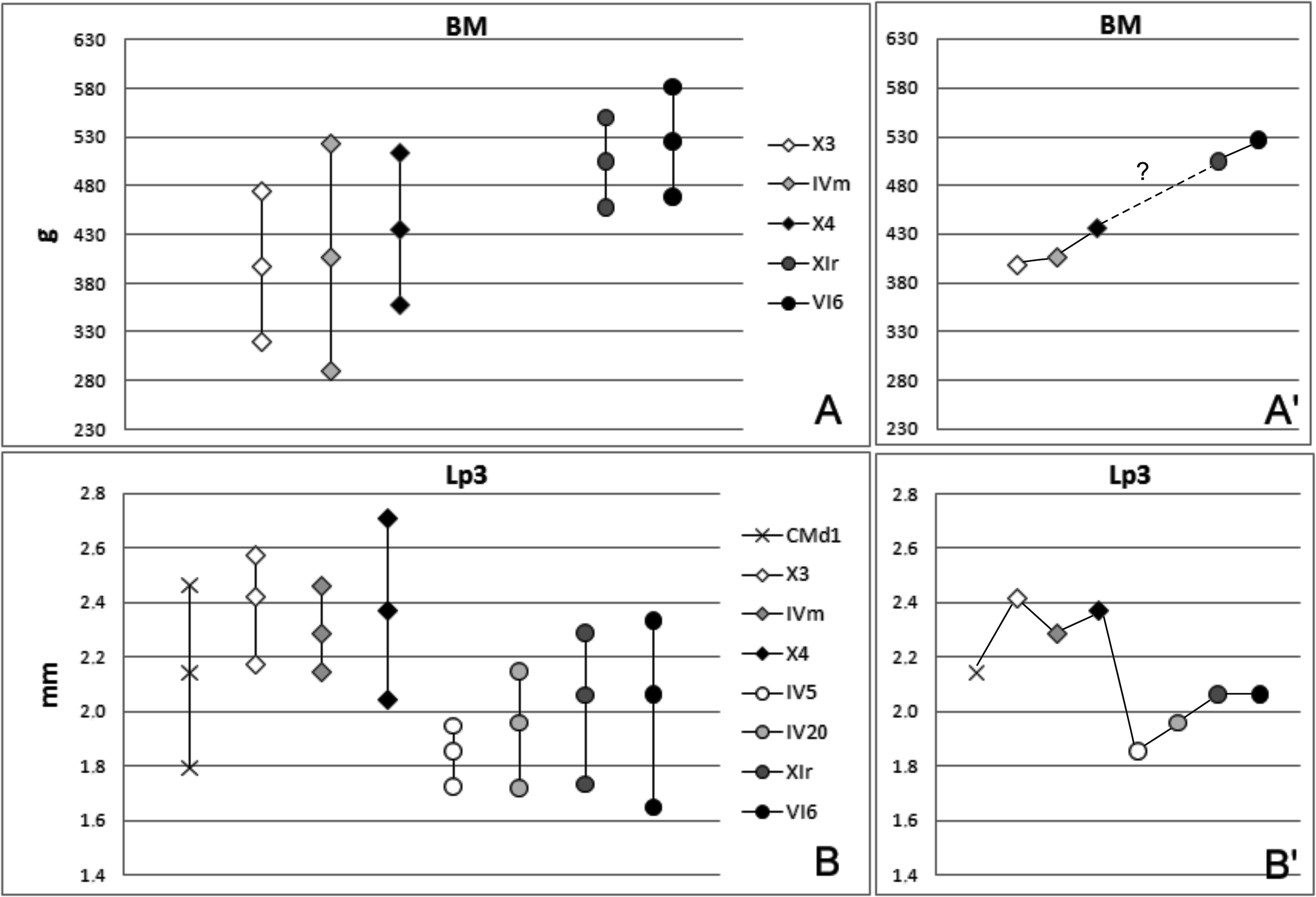