CORAL ASSEMBLAGES AND BIOCONSTRUCTIONS ADAPTED TO THE DEPOSITIONAL DYNAMICS OF A MIXED CARBONATE-SILICICLASTIC SETTING: THE CASE STUDY OF THE BURDIGALIAN BONIFACIO BASIN (SOUTH CORSICA)

Coral bioconstructions associated with mixed carbonate-siliciclastic settings are known to be strongly controlled by coastal morphology and paleotopography. A striking example is represented by the different types of coral bioconstructions and coral-rich deposits of the Cala di Labra Formation deposited in the coastal environment of the Bonifacio Basin (Corsica, France) during the Early Miocene. Detailed mapping on photomosaics allowed accurate documentation of the internal organization of coral deposits as well as lateral and vertical facies relationships. Four types of coral bioconstructions (CB)  and one reworked coral deposits (RCD) have been recognized. The CB are represented by sigmoidal cluster reefs, coral carpets and skeletal conglomerates rich in corals. The RCD occurs in lens-shaped bodies intercalated within clinoforms composed of bioclastic floatstones and coarse packstones. The investigated bioconstructions can be contextualised in a coastal environment. In the upper shoreface corals developed in association with the oyster Hyotissa, above bioclastic conglomerates sourced by ephemeral streams and erosion of the granitic coastline. In the lower shoreface corals formed sigmoidal bioconstructions interpreted as cluster reefs, whereas  coral carpets developed during a relative sea-level rise related to the middle Burdigalian transgressive phase. The reworked coral deposits can be interpreted as lobe-shaped deposits of coarse-grained bioclastic submarine fans formed at the base of the depositional slope of an infralittoral prograding wedge system. 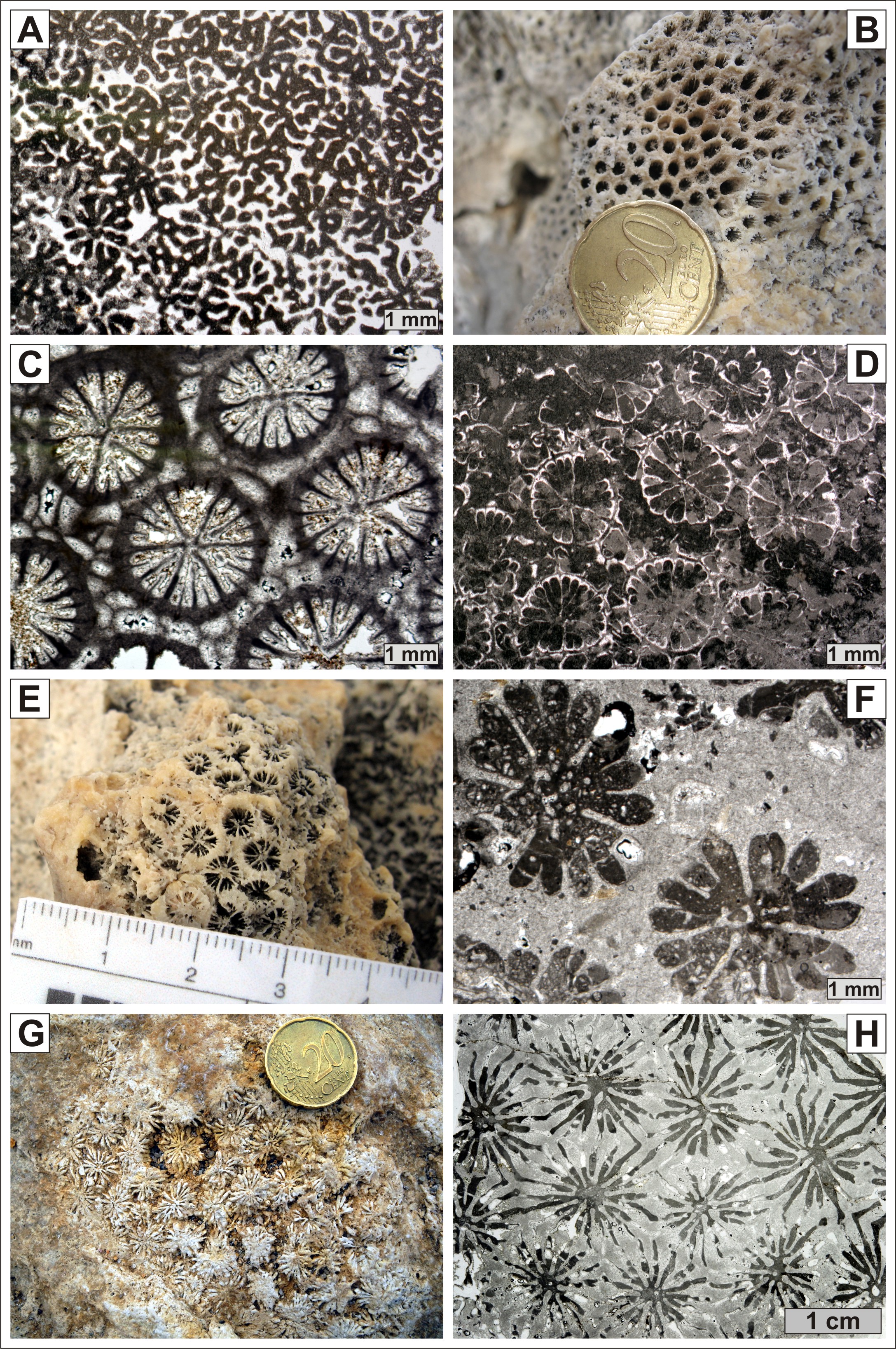