BULLDOZING AND RESTING TRACES OF FRESHWATER MUSSEL ANODONTA WOODIANA AND SUBSTRATE CHARACTERISTICS IN LAKE-MARGIN AND RIVER SETTINGS OF UMBRIA, ITALY

The neoichnology of the freshwater mussel Anodonta (Sinanodonta) woodiana (Lea, 1834) is examined herein in some continental environments of Umbria (central Italy), such as lake-margin and river dam-margin settings. This study, based on analysis of about 200 traces, reveals that this mussel burrows employing two types of behaviours: bulldozing which produces horizontal meanders to straight bilobate traces, often filled with peloidal faecal pellets (pseudofaeces and backfill), and resting (vertical stationary into substrate) while filter feeding. A new type of very soft substrate, the ‘cloudground’ is proposed. It is placed at the water-sediment interface, above the soupground. After four years of observation, the cloudground was buried with shells and traces, preserving through the fossilization barrier about 20% of the Anodonta traces. This bivalve activity is a useful tool to recognize preservation of mud in quiet environments and parallels ichnological evidence of unknown epichnial trace fossils in the continental realm. Cloudground with resting traces must be investigated also in modern marine basin floor environments where cloud of mud dominates and considered also in geological record. 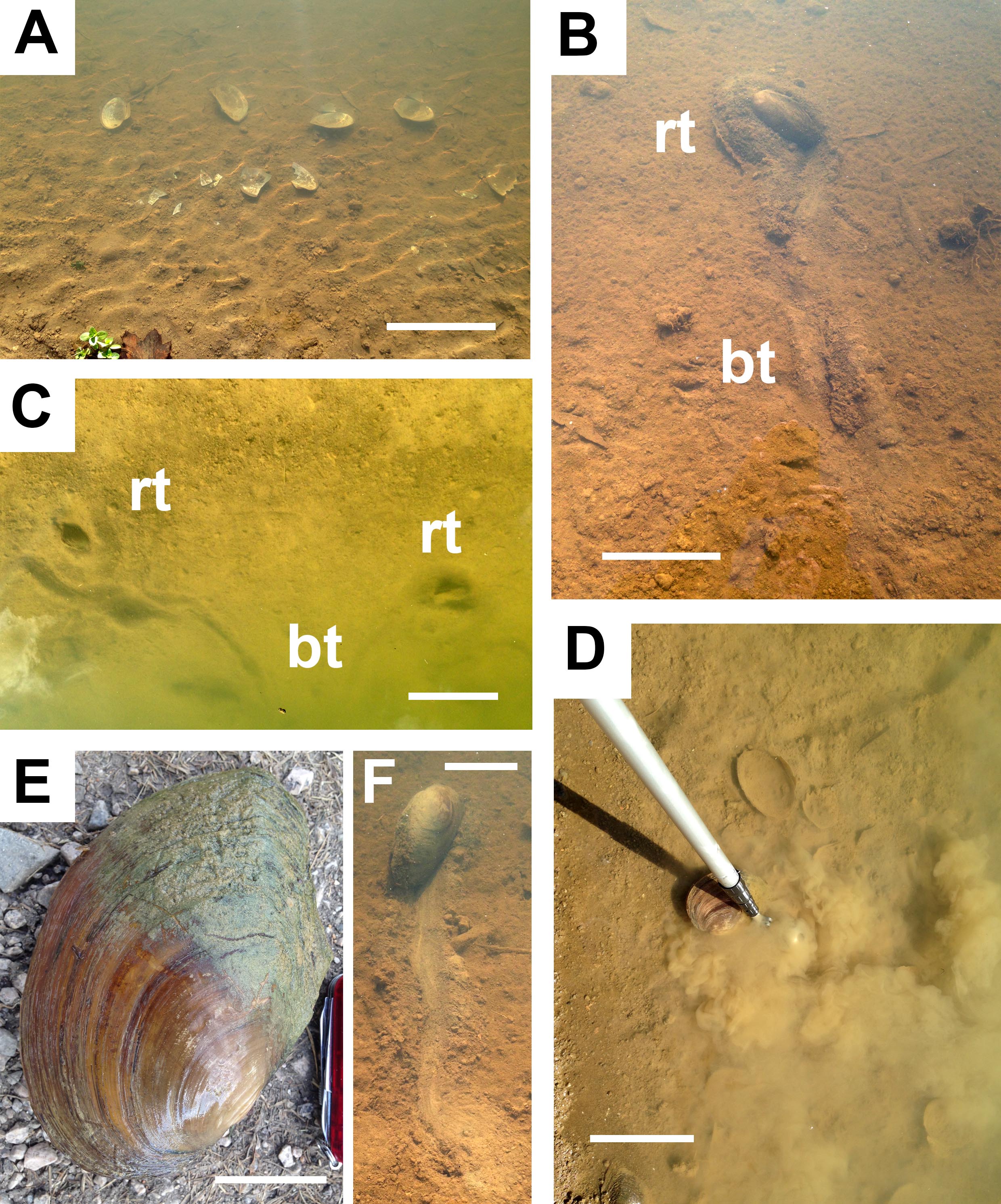