A new partial fossil skeleton of Messapicetus longirostris (Cetacea: Odontoceti: Ziphiidae) collected in Cisterna quarry (Lecce) from Tortonian (upper Miocene) sediments of the "Pietra leccese" is described. It comprises the fragmentary skull (including most of the rostrum), parts of the mandibles, five teeth, the fragmentary right scapula, and one vertebral centrum. This new record, here referred to a juvenile individual, expands our knowledge about the skeletal anatomy of M. longirostris; this species was until now only known by the holotype, an almost complete skull from the same Cisterna quarry. Moreover, the new specimen confirms the distinction between M. longirostris and M. gregarius (late Miocene, Pisco Formation, Peru) based on several osteological characters (e.g., the presence of a distinct maxillary tubercle and prominential notch in the latter species). New dating of layers in Cerro Colorado, the type locality of M. gregarius, suggests that M. longirostris and M. gregarius were contemporaneous sister-species with an antitropical distribution (a biogeographical pattern currently shown by two extant ziphiid genera). Unlike extant ziphiids, feeding predominantly on squid and benthopelagic fish in deep waters, the stem ziphiid M. gregarius was recently proposed to have been a raptorial piscivore who may have fed mainly on schools of epipelagic fish. Similarities at the level of the morphology and proportions of the oral apparatus suggest that the two species of Messapicetus may have occupied roughly identical ecological and trophic niches, a hypothesis supported by the characterization of the Pietra leccese environment as neritic. 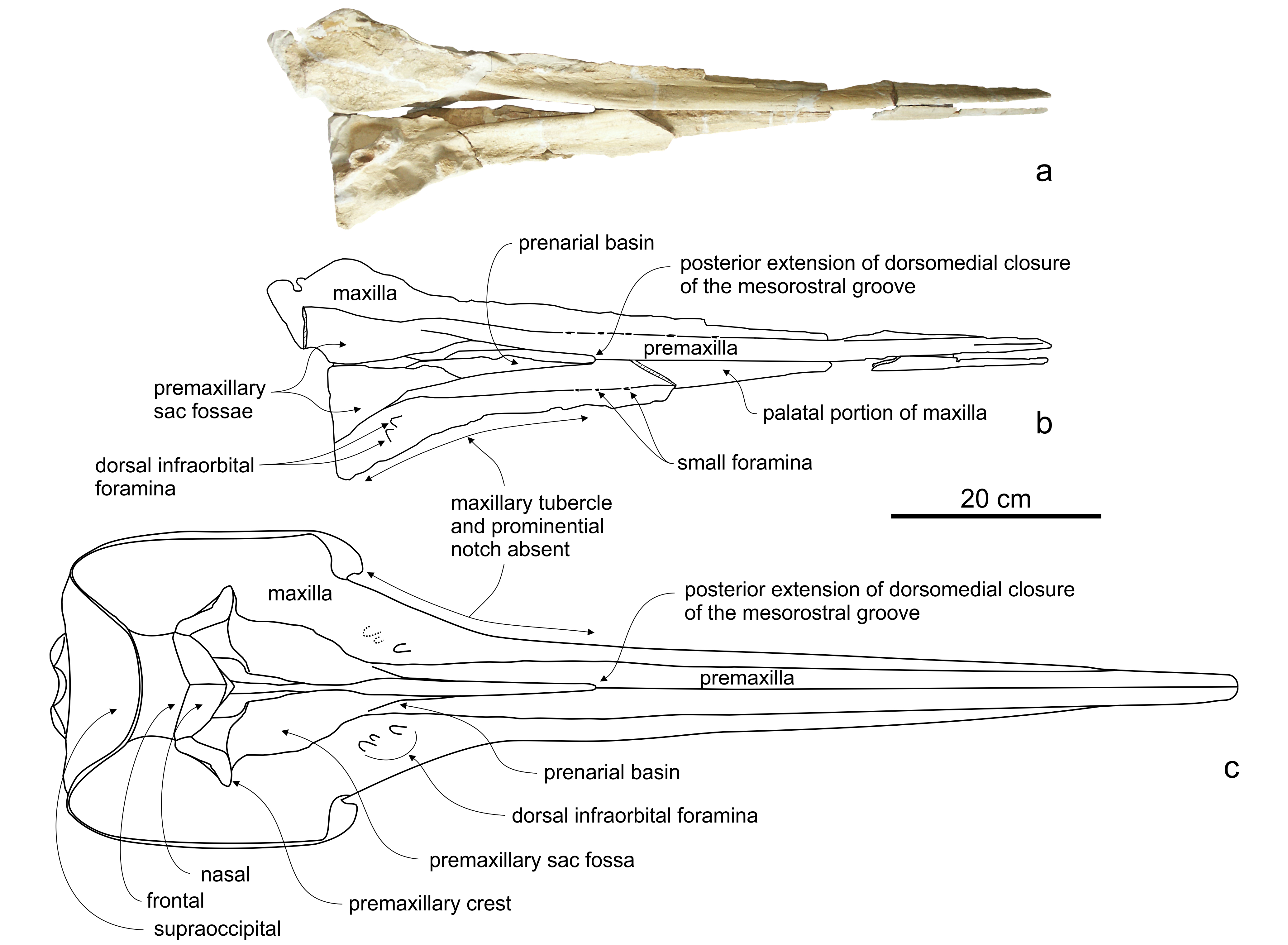