BRACHIOPODS FROM THE TYPE-SECTION OF THE BITHYNIAN SUBSTAGE (ANISIAN, MIDDLE TRIASSIC, NORTHWESTERN TURKEY)

The Bithynian substage of the Anisian stage (Middle Triassic) was established by Assereto in the Gebze area (Kocaeli peninsula, northwestern Turkey), within the middle member of Nodular Limestone formation, now included in the Tepeköy Formation. The rich fauna, represented by conodonts, foraminifera and ammonoids, was described since a long time. The brachiopod fauna occurring in the Bithynian type-section is here revised. It consists of four species: Austriellula kavakensis (Arthaber, 1914), Holchorhynchella edhemi (Toula, 1896), Ptychomentzelia propontica (Toula, 1896), and Angustothyris angustaeformis (Böckh, 1872). The fauna is mostly endemic, with high number of specimens for the first three quoted species. Rare specimens of P. propontica occur also in the lower member of the Nodular Limestone, who delivered the conodont Neogondolella regalis, suggesting an Aegean age. The brachiopod fauna of the Bithynian substage continues upward with rare specimens in the lowermost part of the overlying Pelsonian succession. In the Illyrian, very rare “Rhynchonella” tscharkensis Arthaber, 1914, and Koeveskallina koeveskalyensis (Stur, 1865) were found. The Bithynian brachiopod fauna from Gebze has no counterpart in the Europe and in the surrounding regions, like Northern Caucasus and Aghdarband in Iran, even if some of the ammonoids found in Gebze are also present in the these areas. 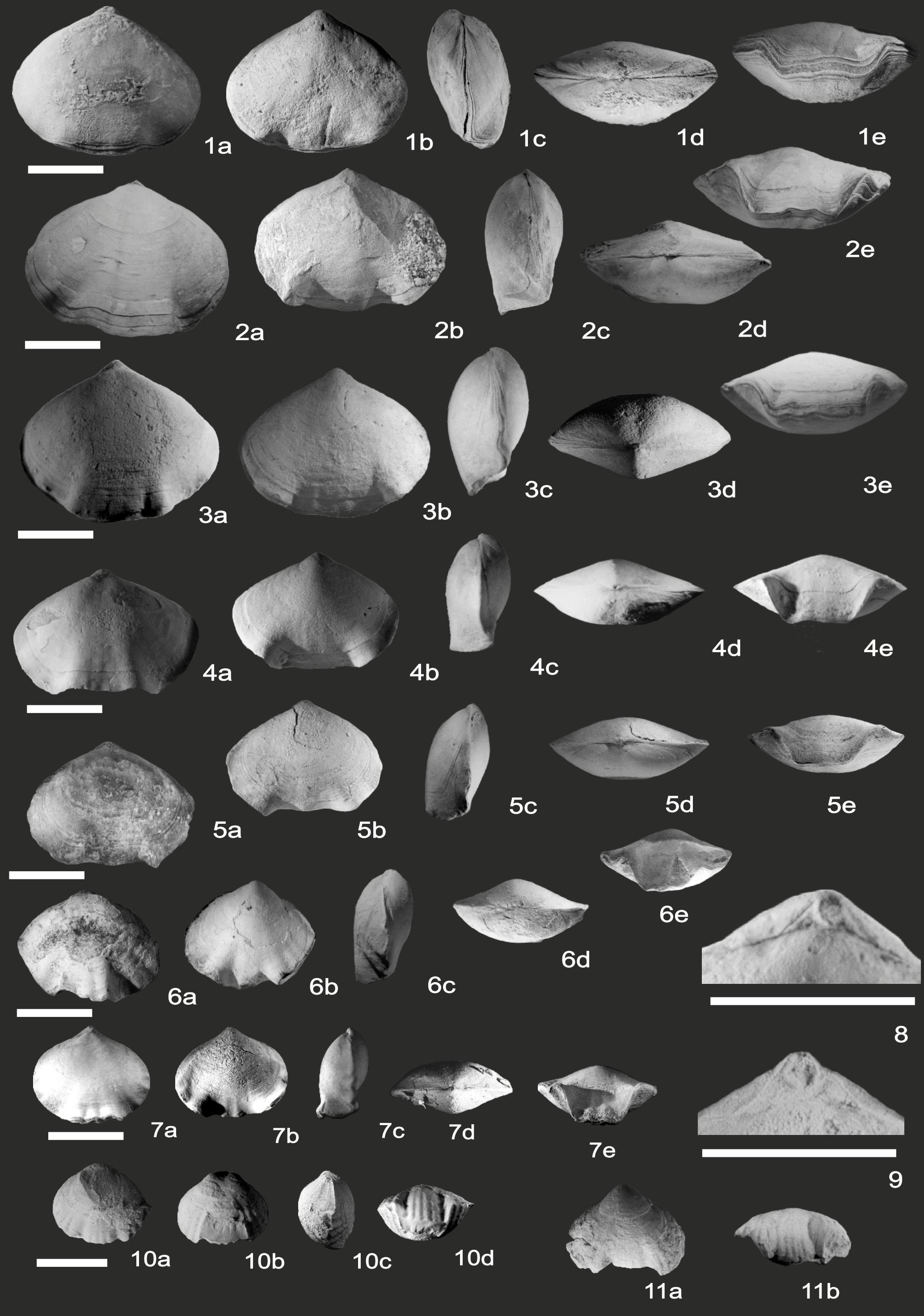