The Ciota Ciara cave is located in the karst area of Monte Fenera (Borgosesia - VC) and, with the Ciotarun cave, it is the only Middle Palaeolithic site in Piedmont where the presence of Homo neanderthalensis has been confirmed by discoveries of human remains. Preliminary taphonomic and archaeozoological studies have been performed on a portion of the palaeontological remains from the Stratigraphic Unit 14 (1144 bones). The studies confirmed the presence of cut-marks on Ursus spelaeus and Canis lupus, made by lithic instruments. The position of the cut marks on the bones can be related to skinning and butchery. An experimental butchery has been performed to test the efficiency of the tools made by local quartz during slaughtering activities. The archaeozoological analysis of the faunal remains of S.U. 14, identified cut-marks with weak peculiarities, probably due to the use of quartz tools. The analysis of the experimental collection allowed distinguishing between cut-marks made by quartz tools from those made by flint tools. A preliminary experimentation, conducted on more than 50 different cut-marks made with flakes of three different raw materials (vein quartz, quartzite and flint), allow us to hypothesize that it is possible to distinguish cut-marks made with unretouched flakes of different raw materials. 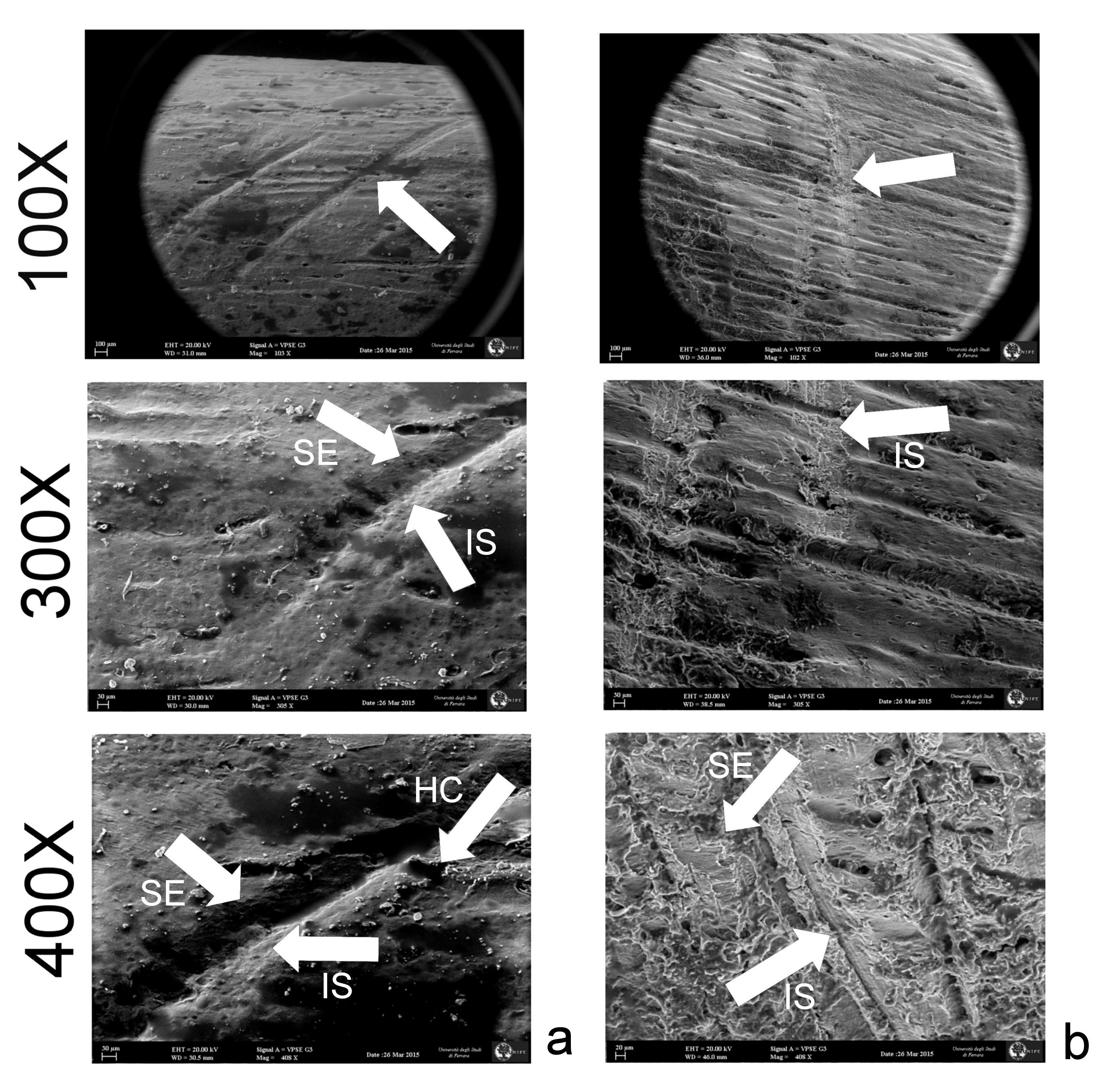