A WELL PRESERVED SKELETON OF THE FOSSIL SHARK COSMOPOLITODUS HASTALIS FROM THE LATE MIOCENE OF PERU, FEATURING FISH REMAINS AS FOSSILIZED STOMACH CONTENTS

Both the preservation of the poorly mineralized skeleton of sharks and the preservation of stomach contents are rarely observed in the fossil record. Here we report on a partial skeleton of a lamniform shark, including portions of the visceral arches and the anterior segment of the vertebral column, collected from the late Miocene beds of the Pisco Formation exposed at Cerro Yesera (Ica Desert, South Peru). Based on the morphology of the preserved teeth, this specimen was determined as a juvenile of the extinct lamnid species Cosmopolitodus hastalis. The shark skeleton includes remains of fish (featuring a pilchard determined as Sardinops sp. cf. S. sagax) in the abdominal region. These fish remains are interpreted herein as the fossilized stomach contents of the shark. For the first time, piscivory is demonstrated in a juvenile individual of Cosmopolitodus hastalis. This result is consistent with the current knowledge about the feeding habits of immature individuals of extant lamniform shark species (including Carcharodon carcharias and Isurus oxyrinchus). Our report further outlines the fundamental role of schooling pilchards in the late Miocene trophic chains of the highly productive coastal waters off present South Peru. Moreover, the find of this well preserved shark skeleton strengthens the qualification of the Pisco Formation as a Fossil-Lagerstätte, and emphasizes the role of early mineralization processes in cases of exceptional preservation. 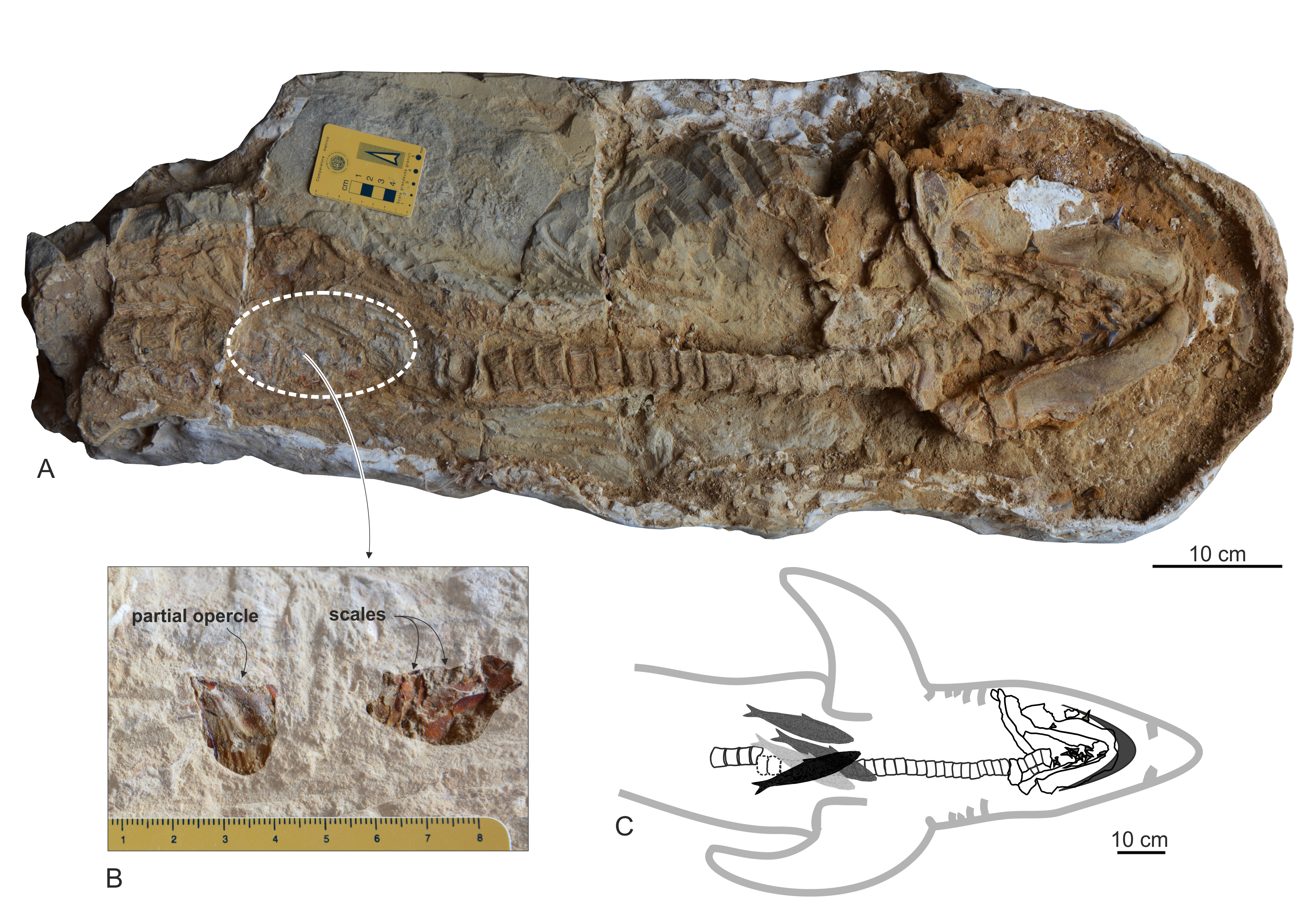