This paper discusses a Megatherium americanum atlas from the Pampas region of Argentina, which is currently housed at the Museo di Storia Naturale di Firenze, Italy. Traces of anthropic cut marks were found on the dorsal and ventral faces of the posterior part, in articulation with the axis. This is the first time that this type of evidence has been documented on this element of this species. The position of these marks suggests that they resulted from the act of separating the head from the postcranial skeleton. They were therefore most likely made in an effort to exploit the contents of the head. Current research focusing on museum collections employing modern methods can provide new and valuable information, despite the general lack of contextualization of these pieces. In the case studied here, these methods have allowed us to delve deeper into the first dispersal of Homo sapiens and their interaction with the native fauna in the South American Southern Cone. 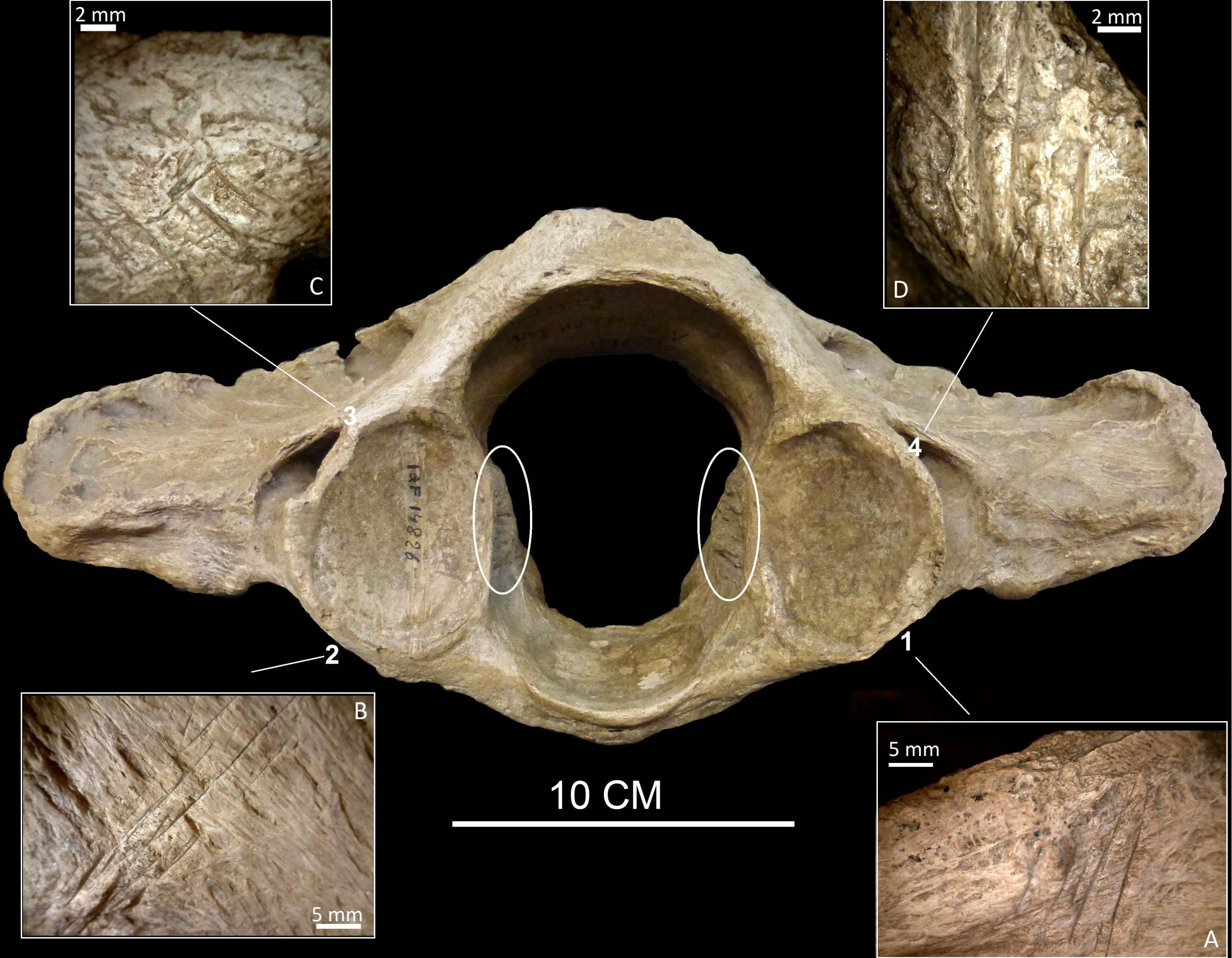