REDESCRIPTION OF ‘PERLEIDUS’ (OSTEICHTHYES, ACTINOPTERYGII) FROM THE EARLY TRIASSIC OF NORTHWESTERN MADAGASCAR

The revision of the material from the Lower Triassic fossil-bearing-nodule levels from northwestern Madagascar supports the assumption that the genus Perleidus De Alessandri, 1910 is not present in the Early Triassic. In the past, the presence of this genus has been reported in the Early Triassic of Angola, Canada, China, Greenland, Madagascar and Spitsbergen. More recently, it has been pointed out that these taxa may not be ascribed to Perleidus owing to several anatomical differences. The morphometric, meristic and morphological analyses revealed a remarkable ontogenetic and individual intraspecific variation among dozens of specimens from the lower Triassic of Ankitokazo basin, northwestern Madagascar and allowed to consider the two Malagasyan species P. madagascariensis Piveteau, 1934, and P. piveteaui Lehman, 1952, as a single one and to ascribe it to the new genus Teffichthys. This new genus exhibits a unique combination of features, mainly in the skull dermal bone pattern and structure of caudal fin, that clearly support its exclusion from Perleidiformes. We also suggest to extend the use of Teffichthys for the other Early Triassic ‘Perleidus’ species except those from southern China. 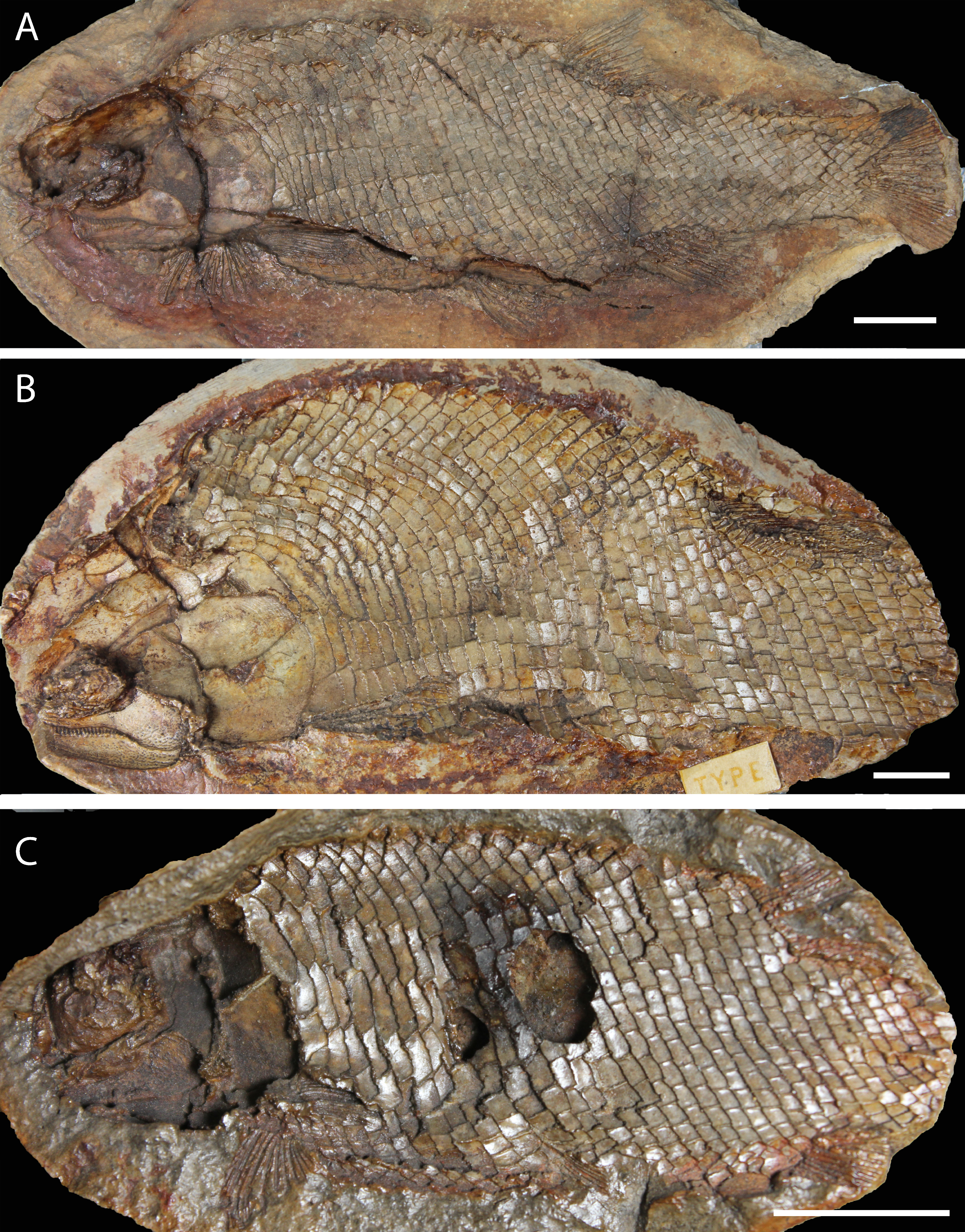