The Paleozoic-Mesozoic transition saw the disappearance of asteroid stem groups and the ascent of the crown group, but late Paleozoic and Triassic asteroids are rare and transition events are poorly documented. Three new Middle and Late Triassic specimens augment existing data; included are a specimen of Trichasteropsis weissmanni from Germany, a specimen of Trichasteropsis? sp. indet. from Italy, and a possible member of the extant Poraniidae from Slovenia. Presence of a small ossicle at the interbrachial midline and adjacent to the marginal series of the new T. weissmanni specimen is consistent with similar expressions not only of other trichasteropsids but also occurrence of two interbrachial ossicles in Paleozoic, stem-group asterozoans; presence is in turn consistent with a hypothesis of derivation of the axillary/odontophore coupling from two ossicles rather than direct derivation of the crown-group odontophore from a single stem-group axillary. Morphology of Trichasteropsis? sp. indet., including, for example, the evenly-tapering arms are reminiscent of those of diverse crown-group asteroids whereas the enlarged distal arms of T. weissmanni are unique, the morphology of T? sp. indet. thereby potentially indicative of a plesiomorphic, stemward positioning within the Trichasteropsiidae. The range of the Poraniidae is tentatively extended to the Carnian. Similarities shared by the Poraniidae and the Trichasteropsiidae suggest stemward positioning within crown-group diversification; however, known Triassic fossils do not appear closely related to extant taxa identified in recent molecular studies as basal within the crown-group. A temperate climate is suggested as preferred by the Triassic asteroids rather than a tropical, warmer one. 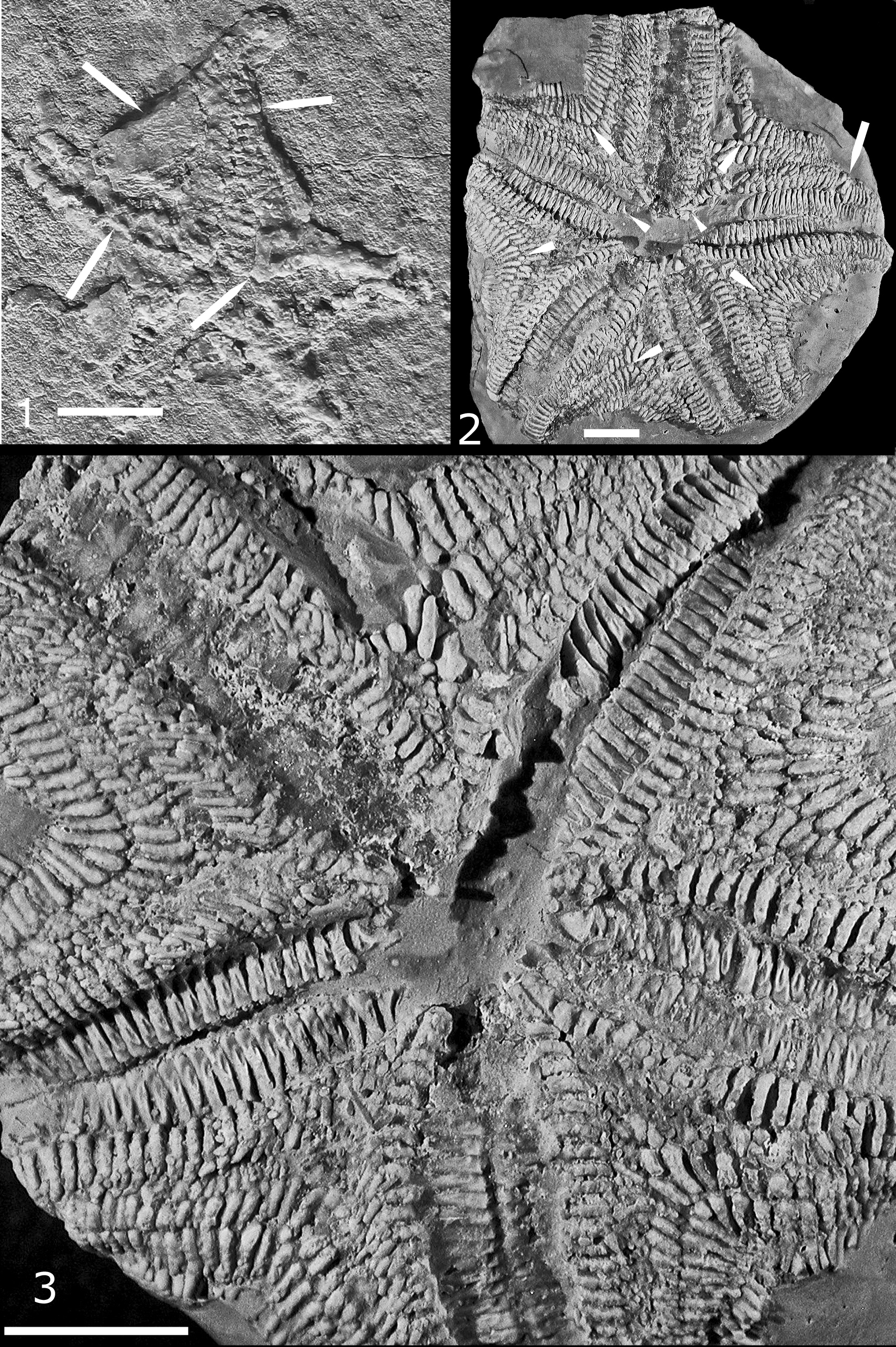