STRATIGRAPHY, SEDIMENTOLOGY AND SYNDEPOSITIONAL TECTONICS OF THE JURASSIC-CRETACEOUS SUCCESSION AT THE TRANSITION BETWEEN PROVENÇAL AND DAUPHINOIS DOMAINS (MARITIME ALPS, NW ITALY)

The Provençal and Dauphinois Mesozoic successions cropping out at the southeastern margin of the Argentera Massif (Maritime Alps, NW Italy) were deposited at the transition between the Provençal platform and the Dauphinois basin, marked in the study area by a partly preserved Mesozoic palaeoescarpment. These successions show important lateral variations occurring over relatively short distances, probably related to syndepositional tectonics. Different stratigraphic intervals of the pelagic-hemipelagic Dauphinois succession contain resedimented deposits, made up of both intra- and extrabasinal material, which provide a twofold evidence of syndepositional tectonics indicating both tectonically-triggered gravitational processes and a tectonically-driven evolution of the source areas. Two stages of syndepositional tectonics have been recognized: the first in the earliest Cretaceous, which is related to the deposition of carbonate breccias in the Dauphinois succession and to hydrothermal dolomitization of the Middle Triassic-Jurassic Provençal carbonates, and the second in the Late Cretaceous, which triggered the deposition of different detrital lithozones in the Upper Cretaceous Puriac Limestone. The cited evidence indicates that syndepositional tectonics continued to influence the evolution of the Alpine Tethys European passive margin long after the Late Triassic-Early Jurassic syn-rift stage, which caused the differentiation between the Dauphinois basin and the Provençal platform. 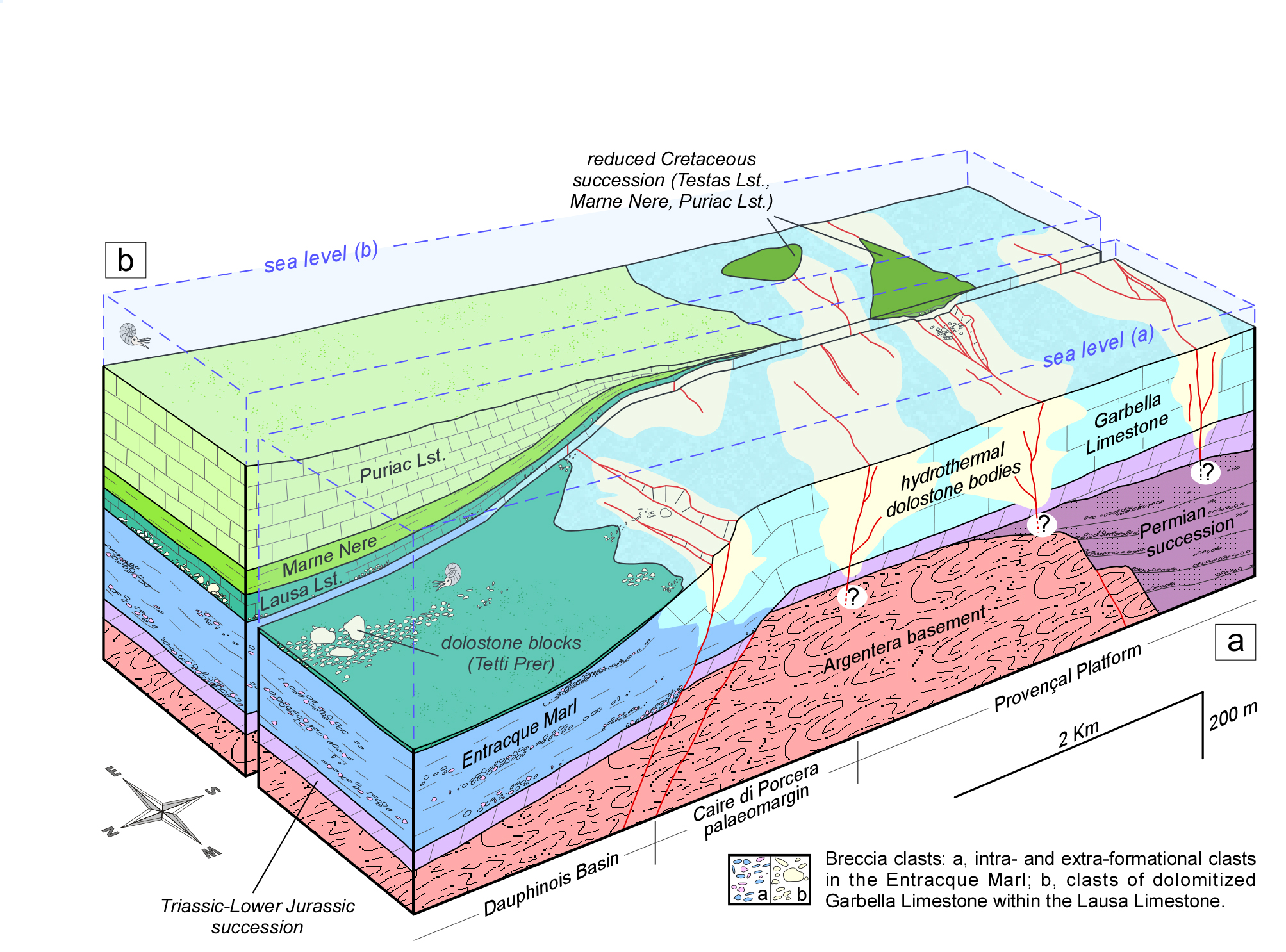