A new dinosaur tracksite was found in the Kirmenjak quarry in Istria. It is located about one kilometre from an already existing tracksite. The footprints are placed on a slightly inclined bedding plane at the base of the succession represented by heavily stylolitised limestones of the Kirmenjak informal lithostratigraphic unit. The age of the limestones is late Tithonian. Fifteen footprints of circular shape with no clear digit or claw impressions were found at the site and are interpreted to have been formed on a tidal flat during a sea-level fall. All of the footprints belong to sauropod dinosaurs. Pes prints are circular to elliptical in shape, whereas manus prints are more elliptical and of smaller size. The average length of the pes prints is 55 cm, which would correspond to a sauropod of approximately 16 meters in length. The trackway is of narrow-gauge type, where the internal trackway width often has a negative value. The length of the strides indicates slow movement of the individual with a speed of less than 2 km/h. Based on stratigraphic position and footprint morphology, the new and the pre-existing tracksites represent the same trackbearing layer. 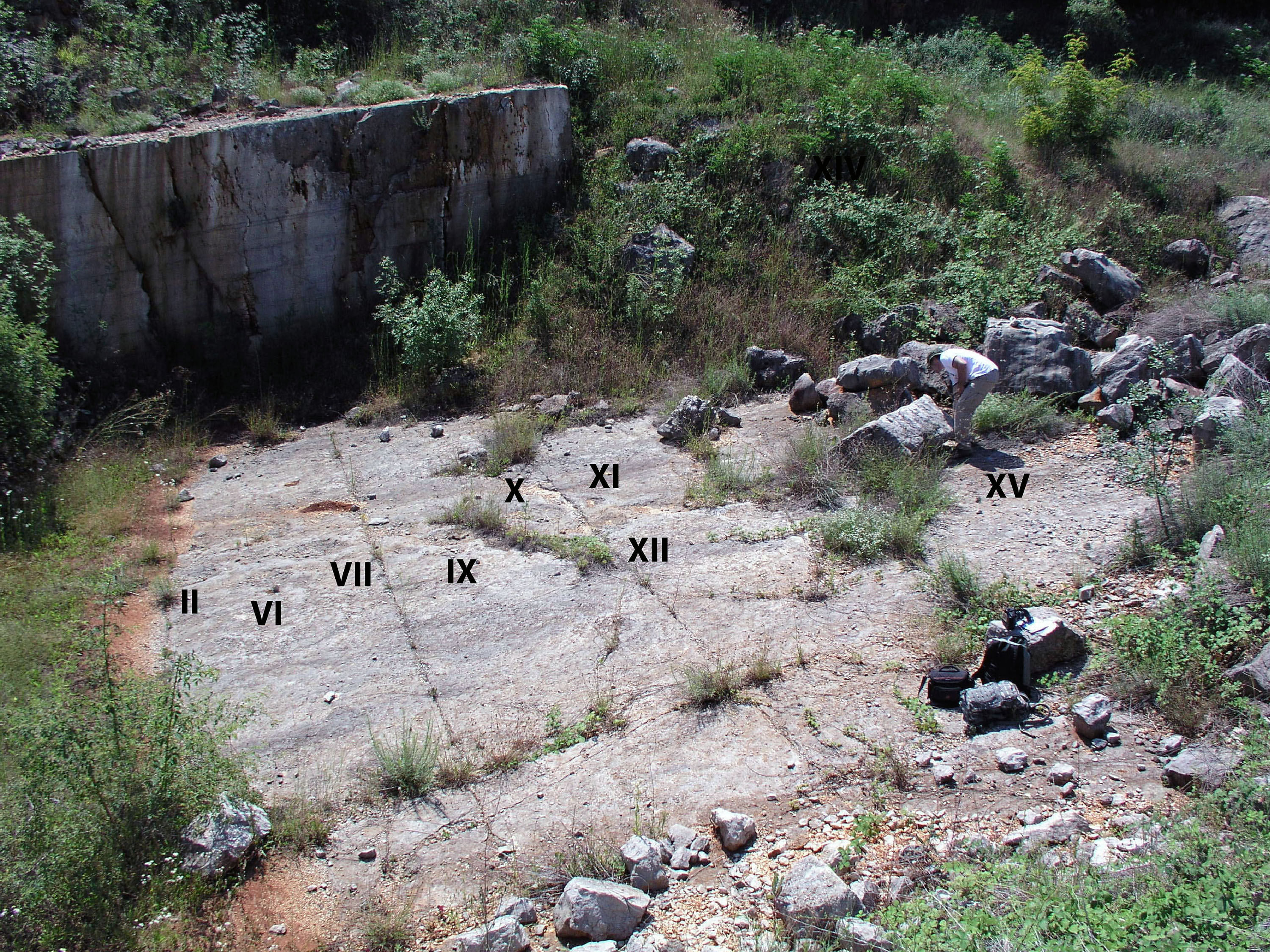