The paleoecology of the bizarre, long-necked tanystropheid diapsid Tanystropheus from the Middle and Late Triassic of Western and Eastern Tethys has been debated since the first discoveries. In the present work, osteological features related with gait and locomotion are reanalysed, and a reconstruction of the pattern of the musculature of the tail, pelvic girdle and hindlimb is proposed. The anatomical correlates, along with the inferred functional interpretation of the musculature support the hypothesis that 1) Tanystropheus was able to lift the body off the substrate when on land, 2) it lacked adaptations for continuous swimming, either tail-based or limb-based, 3) it was able to swim for by rowing with symmetrical strokes of the hind limbs. Rowing is a discontinuous swimming pattern that occurs in animals with a semi-aquatic life style which return frequently to emerged land, thus the proposed model is consistent with the hypothesis that Tanystropheus was a shoreline dweller rather than a fully aquatic animal. 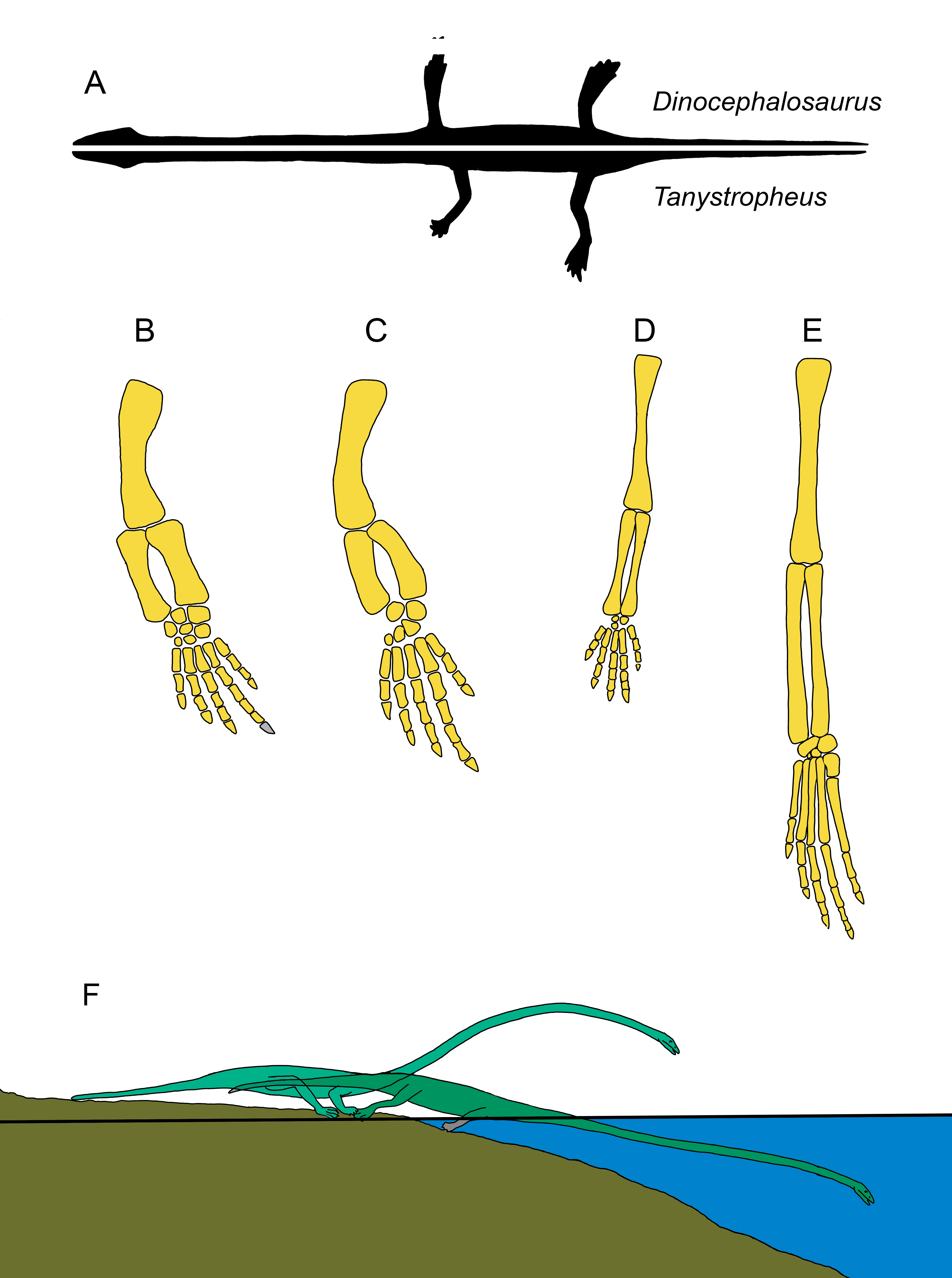