Detailed distribution ranges of the genus Ericsonia were obtained in the upper Paleocene interval from two deep-sea sections, ODP Site 1262 (South Eastern Atlantic Ocean) and Site 1215 (Eastern Equatorial Pacific Ocean), and were complemented with morphometric analyses with the purpose of clarifying the taxonomy of the Paleocene species ascribed to genus. The analysis on a high-resolution sampling set at ODP Site 1262 permitted to add information about the evolutionary relationship among the taxa included in the Ericsonia lineage, whose evolutionary emergence characterize the Paleocene nannofossil assemblages. Two taxonomic units have been validated in the Paleocene, Ericsonia subpertusa and Ericsonia robusta and they turned out to not have any evolutionary link. E. robusta shows substantial morphologic variability at cross-polarized light resulting in two endmember morphotypes, E. robusta morphotype A and E. robusta morphotype B. When observed at S.E.M., the two morphotypes have placoliths with a similar structure, therefore they document intra-specific variability. This is corroborated by the presence of specimens with intermediate morphologic features between the two endmembers, throughout the distribution range. E. robusta increases in abundance concomitantly with the sharp decline of E. subpertusa in mid Chron C25n. Subsequently, the highest occurrence of E. robusta morphotype B provides a distinct biohorizon coeval to the general decline of E. robusta within the upper Paleocene nannofossil assemblage. 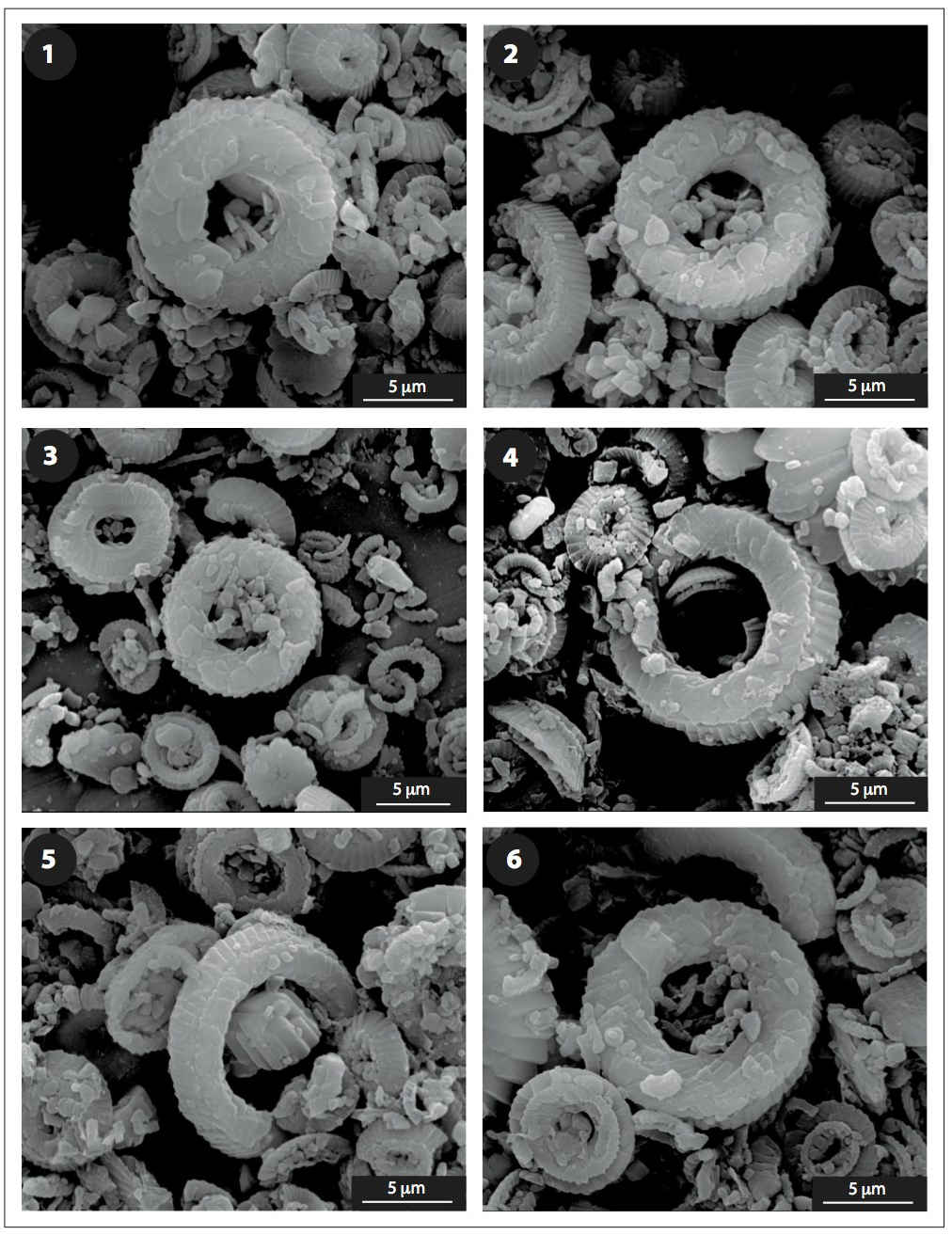