The Oligocene, well known as the apex of Cenozoic reef growth, is a crucial period of time to investigate the mutual relationship between coral reef construction and coral diversity and their link with palaeoclimate and palaeoenvironmental changes. Here we provide a complete characterization of the Upper Oligocene reef complex of the Castro Limestone (Salento Peninsula, S Italy), which is one of the best-preserved Oligocene coral reefs of the Mediterranean region. By combining facies analysis with the first detailed characterization of its coral fauna, we show that the Castro Limestone has both a rich scleractinian coral fauna (25 genera and 41 species) and a large reef volume, and it represents a luxuriant fringing reef formed within the euphotic zone in clear water conditions facing the open sea. The coral fauna differs both in its composition and in its proportions among reef palaeoenvironments, ranging from the shallow back reef to the fore reef slope, and its stratigraphic and palaeogeographic distribution testifies to the persistence of a cosmopolitan Tethyan fauna in Oligocene time, with the Mediterranean and Indo-Pacific provinces being more closely connected than the Mediterranean and the Caribbean. The age of the Castro Limestone is here reassigned to the middle-late Chattian, which coincides with the Late Oligocene Warming Event (LOWE) when atmospheric CO2 values declined. We suggest that the strong reef-building capacity of the Castro Limestone, coupled with high coral diversity, was not hampered by warming conditions but most probably promoted by the reduced pCO2 and a suitable local/regional physiographic setting. 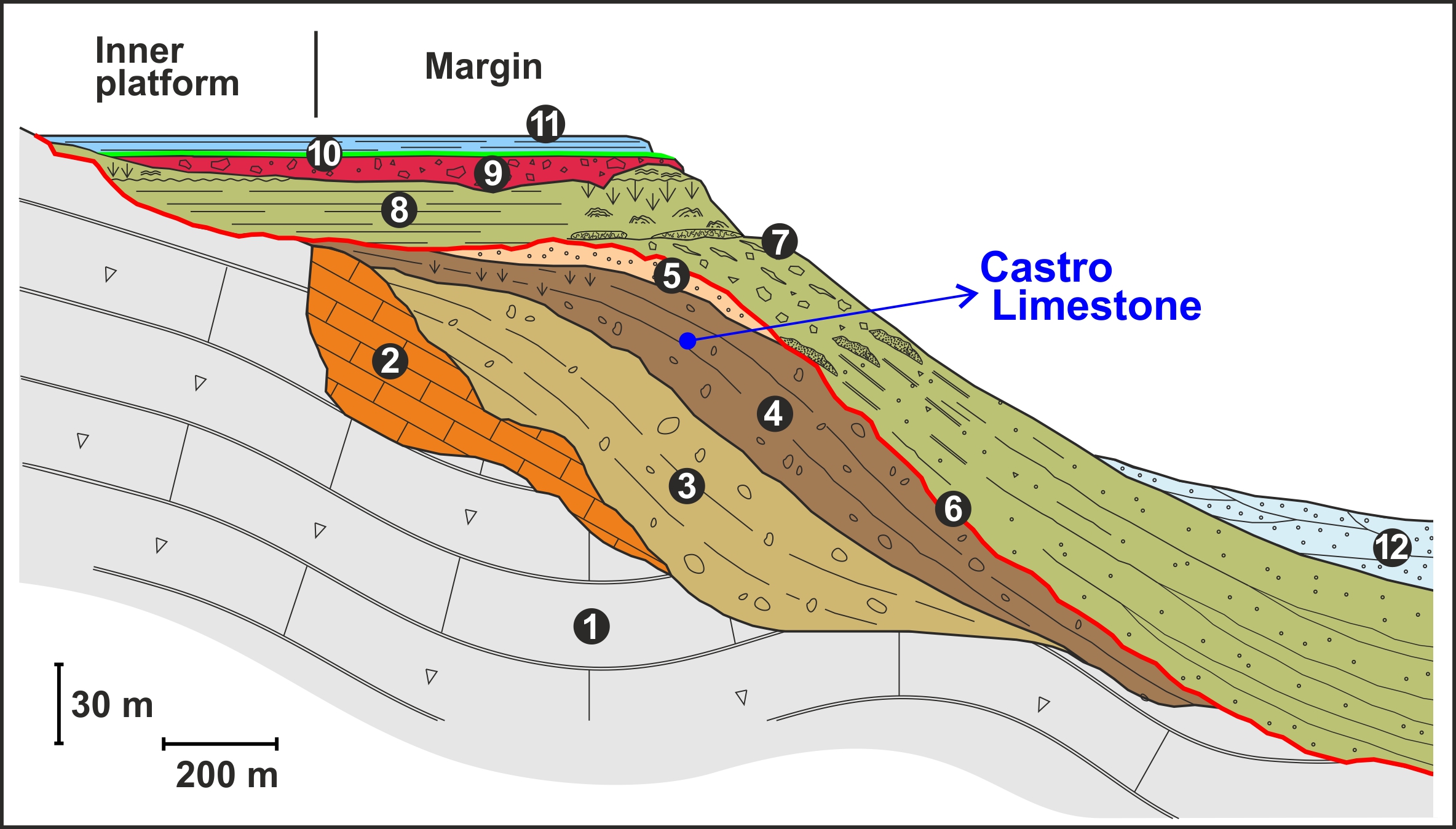